Many people would have heard the term army jeep, and would have a relatively good idea of what it means. The original army jeep however is only one, and that is the Wyllis MB vehicle, engineered and produced exclusively for the needs of the US army during World War Two. In its original production lifetime, the jeep was manufactured by two companies – Wyllis and later Ford. This particular vehicle called jeep, shouldn’t be confused with the GM company division of Jeep which at the time was non-existent. The original army jeep inspired a generation of recreational four wheel drive vehicles which became highly popular all over the world, and was the basis for most light military utility vehicles for a number of decades to follow. 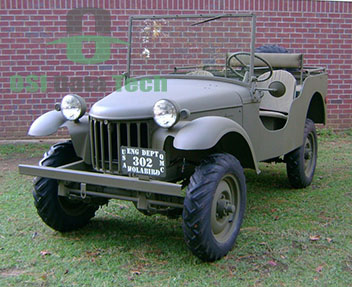 The vehicle’s peculiar name ‘jeep’ had nothing to do with the SUV manufacturer most people think of today as at the time the Wyllis came to being, the SUV company hadn’t even been founded yet. The term jeep has an interesting folklore and mythology behind it. Many army personnel who served at the time when the vehicle was introduced believe its name ‘jeep’ to come from the slurred pronunciation of its common technical name ‘GP’ which stood for General Purpose (Vehicle).  Another story behind the name ‘jeep’ is that soldiers were so impressed with the vehicle itself and its performance that they named it after a popular (at the time) comic book character called Eugene the Jeep. Eugene the Jeep was the jungle pet of Popeye the Sailor Man in the comic book series. Quite a befitting name for the new army vehicle as Eugene the Jeep (character) was small, nimble, was able to move through dimensions, and solved an array of seemingly insolvable problems.

The vehicle’s actual name though was Wyllis MB, and later on Ford GP. Initially, when the vehicle was developed by Wyllis the letters stood for Military, and B as in second generation (first Wyllis prototypes were designated with A instead of B. When Ford took over the jeep production, they changed the lettering to GP, in this case G stood for Government (a company contract designation) and P which was a standard Ford indication for a passenger vehicle.

The jeep was commissioned by the US Army in order to replace aging and not really functional lightweight vehicles which were in use at the time, namely motorcycles and sidecars. Since WWII was looming the need for one such vehicle was somewhat pressing, especially after America was forced in the war by the Japanese attack on Pearl Harbour Naval base in Hawaii. Looking to supply its army with a proper vehicle as soon as possible, the US government put the order up with domestic vehicle manufacturers. The tight deadlines and demanding requirements set by the army meant that only three car makers were able to meet the need, they were American Bantam Car Company, Wyllis Overland Motors and Ford Motor Company who entered the scheme at a later stage. Out of the long list of demanding requirements, it turned out keeping the vehicle lightweight (less than 600kg) was the hardest of all. 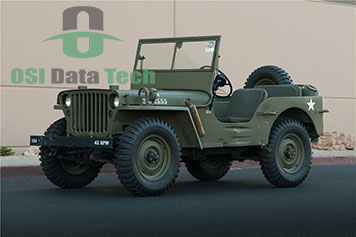 Nevertheless, a prototype was ready in time and presented to the government as The Blitz Buggy in nineteen forty, at a testing site in Maryland. The prototype evolved into what became officially known as the US Army WWII Jeeps, namely Wyllis MB and Ford GPW. Out of the three companies that were able to produce a prototype, Bantam did not manage to capitalise further as the company was not sufficiently stable in terms of finance, and also did not have enough technological capacity to meet government production demand. Because of this, Wyllis and Ford took over the project and went on with manufacturing the respective versions of the jeep.