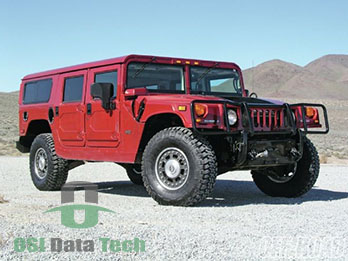 The Humvee is one of the most easily recognisable army machines out there, having been featured in numerous films and video games. The vehicle is widely used by the US Army, as well as many other police and security outfits. The Humvee as its common name formed is a multipurpose lightweight military vehicle designed and engineered to meet the requirements of modern army, and replace all other lightweight military vehicles (all vehicles weighing up to 1.25 tons) including the legendary jeeps. 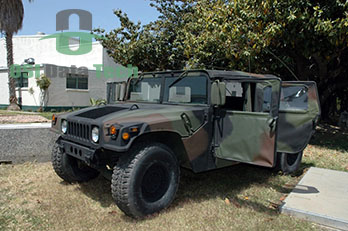 Humvee is not the vehicle’s actual name as it is in fact called High Mobility Multipurpose Wheeled Vehicle which when abbreviated becomes HMMWV, commonly known as Humvee. This lightweight all-wheel drive military truck is produced by AM General. The military version of the Humvee proved itself during the battles of Operation Just Cause and Operation Desert Storm in the late eighties, early nineteen nineties, when the vehicle was first put to use. The truck was highly successful and became an instant hit with army personnel. In fact the vehicle was so successful, it actually inspired the founding of the civilian version, which came to be known as Hummer.

How did the Humvee come to be? In the early nineteen seventies, the US Army was in need of a new lightweight, multipurpose vehicle as even revised versions of jeeps were no longer able to meet growing demands of a modern army. There were quite a few manufacturers who tried to meet the requirements for the new vehicle, including Lamborghini who developed their Cheetah model. However, only a few companies managed to actually come up with a feasible design and the required technology for the High Mobility Multipurpose Wheeled Vehicle. In total sixty one manufacturers attempted to win the project, but eventually the contract was awarded to AM General (American Motors General). The company was able to construct a successful prototype and begin tests within twelve months. AM General were awarded the contract in nineteen eighty one and began Humvee in the following year.

The Humvee was first put into battle during Operation Just Cause – the 1989 US invasion of Panama. Humvee was well received by personnel and went onto to enter its next real challenge – Operation Desert Storm and the first Persian Gulf War. The Humvee did extremely well and proved itself a worthy piece in the army’s technical arsenal. The vehicle proved to be an incredibly reliable and versatile platform which could be used for various purposes, and modified accordingly to meet different military requirements. One of the most essential overhauls the Humvee got was armoured plating covering most of the vehicle, allowing it to survive different types of direct fire.

Engineers went on to experiment with the vehicle and created high tech modifications such as Humvees fitted with surface to air missile launchers, Humvees with snow tracks able to make their way through deep snow without any problems, as well as many other modifications, including a proper military ambulance Humvee. The vehicle was able to mount, carry and launch various weapon systems needed by the army, air force and other military branches, including communications – their Humvee fitted with satellite dishes.

The Humvee has proven widely successful and its versatility and functionality have made it a favourite for many national armies and other security and police organisations. Although some countries tend to make modifications of their own, the basic platform of the vehicle remains the same. The civilian version of the Humvee is engineered and sold by a company called Hummer, the civilian model has officially had three generations known as Hummer H1, H2 and H3, there is a fourth generation Hummer in development.